That building is HIDEOUS!!!

googspecial said:
I don't mind 2 ST as is either - but gotta say 2/3s of my close calls with cars have all been on this route. I think because it's not a busy street, drivers get a little careless. Which is unfortunate, I see a lot of families with kids biking here. In general though, the "Street Friendly" routes could use better signage &or fresh paint. I feel like the Nose Creek Pathway needs better connections to the neighbourhoods it passes. A bridge over the creek at 32 Ave would be a good start... But that issue lies with the elevation difference, so admittedly not much to do there. Also, I personally find most of Multi-Use Pathways not great for cycling - to get somewhere fast - but more for leisure.

My idea for a North Central Cycling network would be:

Cycle Track:
4 ST NW, from the bluff to 72 Ave, where it would that transfer to Centre street, along with the Greenline, under Beddington Tr, through The Hills, and possibly over Stoney to the new communities there.
20 Ave, from Banff Trail (including a LRT crossing) to Nose Creek (some houses in the way though)
24 Ave, Children's Hospital to Confederation Park (maybe some sort of link to 20 Ave to avoid redundancy)
Some sort of continuation of the Edmonton Trail track - just not sure how... Seems so useless in it's current set up.

Painted Lanes:
40 Ave, from Edm Tr to Northmount.
Northmount for it's entire length
12 Ave, from SAIT through Renfrew
6 ST NE, from that new creek crossing at 32 Ave to 8 Ave (already with painted lanes, but extended to Rotary Park)
19 ST, from the MUP at John Laurie to Bow River (and new river crossing)
Charleswood/32 Ave - why are do many streets with painted lanes abruptly end??

Street Friendly/Designated Routes (not sure what they're called?)
Most of these would stay as is, but would add another N-S route East of Centre, probably 1 ST.
24 or 29 Ave, East of Confed, to 6 ST NE

I think this would fill in most of the gaps. Probably missed a few, but just noticing these missing links as I get out more and around on my bike. But yeah, justice a crazy fantasy.. Could move this to the fantasy thread or the cycling one lol.
Click to expand...

Also the roundabouts on 2nd are a bit awkward when cars approach at the same time. That and because there are perfect cars along second street if two cars are coming at the same time and passing near parked cars it makes it difficult for the cyclist. Couple years back I got my bike clipped by a mirror when trying to pass a parked car at the same time two cars were trying to pass at the same time. Second would be good if it was a protected cycle track.
Still I guess right now it beats 4th without a bike lane or Cycle track. I really like the idea of a cycle track/ bike lane down fourth all the way from 72nd to the bluff. It’s a nice street road, and has some businesses along the way.

Mountain Man said:
That building is HIDEOUS!!!
Click to expand...

Well...it's no Telus Sky to say the least. It's kinda cool that each floor has about 4-6 units. It's tall and skinny
- Free Speech is Hate Speech
- Diversity is Strength
- Logic is a Social construct

Well...it's no Telus Sky to say the least. It's kinda cool that each floor has about 4-6 units. It's tall and skinny
Click to expand...

I don't care for the materials, but i like the form. I wish Calgary had a few more tall thin boutique buildings. I got the opportunity to drive by their last weekend and I was quite amazed. There were lots of people playing and hanging out there. Hands down the best thing Calgary downtown did in a while. I got NYC/Toronto vibes from it, we should definitely build a few more basketball courts in the area. Great to see the sport growing more in Canada. Maybe in a few decades we can get our own NBA team, I know the commissioner of the NBA wants to eventually expand back to Vancouver so you never know.
Last edited: Jun 19, 2019

I was disappointed that EV Junction was going away, but this helps. It's nice to see it put to good use.

I thought this infill was kind of cool: 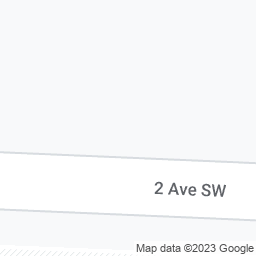 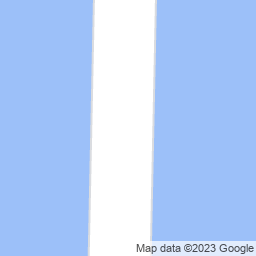 Kind of has a Cyberpunk feel to it.
Click to expand...

Mountain Man said:
That building is HIDEOUS!!!
Click to expand...

tenor.com
I love that POS it is skinny, mid block, and retained a church

Retaining the church was a nice touch, it hides a lot of the ugliness from the street level lol.

Cowtown said:
I was disappointed that EV Junction was going away, but this helps. It's nice to see it put to good use.
Click to expand...

I saw a few of the sea-can shops along the river pathway in EV over the weekend, so you can rent bicycles etc. Pretty good location actually, with the mega-busy weekend pathway right nearby. I’m sure the others are stored somewhere so they can be put into the next space actvation project by CMLC

That's actually a great idea, rent bikes and scooters and all that right on the pathway. They should have something like that in Eau Claire more than EV IMO though.

Do we know what this project is?

The height must be a mistake. They must mean 186 metres if it's 55 residential floors

DP2019-1631 is at 425 5 ST SW too - it stretches from 6th to 5th. Interestingly at least a decade or so ago, the land north of grid 5 apartments was owned by the same people as the building which became grid 5, so they may have all been sold together. The gross building area either reflects what is there now (just shy of 20,000 square feet) or is in error.

kora said:
Do we know what this project is?

MichaelS said:
Ah yes, looks like there has been an update based on their latest April 2018 Investor Presentation:
https://killamreit.com/sites/default/files/Killam April 2018 Final_1.pdf
Click to expand...