Any word on the 2nd street cycle track?

I thought the city was suppose to do work on that street this summer.
Click to expand...

According to the cities roadway map 2nd st is scheduled for paving next year (https://maps.calgary.ca/RoadwayActivities/) I'd guess that might be happening together

I also took a scoot over to east village today to check on the 4th st bike lane, lots of work going on so hopeful that one is ready sooner than later

Nimbus said:
Might be busted, I watch the Riverwalk one count up about two seconds after a rider passes the sensor in the pathway. They do attempt to count the different directions, based on the section you ride over.
Click to expand...

The one I was talking about is the one on the Riverwalk, so you're probably right. It might have been busted..

Gotta love Rick Bell's tweets and articles He tweets about the 12th ave cycle track extension being empty before it's finished construction. lol. I'm not opposed to people criticizing the cycle tracks, it's a democratic society and the cycle tracks are the same as anything else the city does. Things need to be done properly, and money put where best needed, but this kind of journalism is really annoying. It is annoying. There are a lot of people out there who make a good faith effort at trying to improve the city, even if they disagree on particular issues. Then there are people like Rick Bell and Sean Chu who are basically engaging in identity politics. They oppose anything related to bikes, no matter how reasonable, because it has to do with *those* people who are different than them.

Rick Bell has being doing the same shtick for 15 years now. Pay no mind to it.
- Free Speech is Hate Speech
- Diversity is Strength
- Logic is a Social construct

I saw that tweet last night and commented on it. He's not the brightest guy in the world....he could have gone to the finished part of the 12th ave track and waited for a time when the track was clear and snapped a pic if he really wanted to get the most out of the propaganda.

I'm in the same camp as Habanero. I'm okay with criticism for public projects like a cycle track as long as there's a reasonable argument. It's annoying when people simply pound away at something they don't like.

I guess there's still some money to be made selling newspapers to baby boomers without university educations who just want to have their prejudices reaffirmed.

I don't use the cycle tracks myself, but I think it's good we have them. It's good to have an extra option for transportation, and in the grand scheme of things it's not a lot of money.
On top of that, it's in the drivers best interests to have them, as more people use them, the less cars there will be on the road. 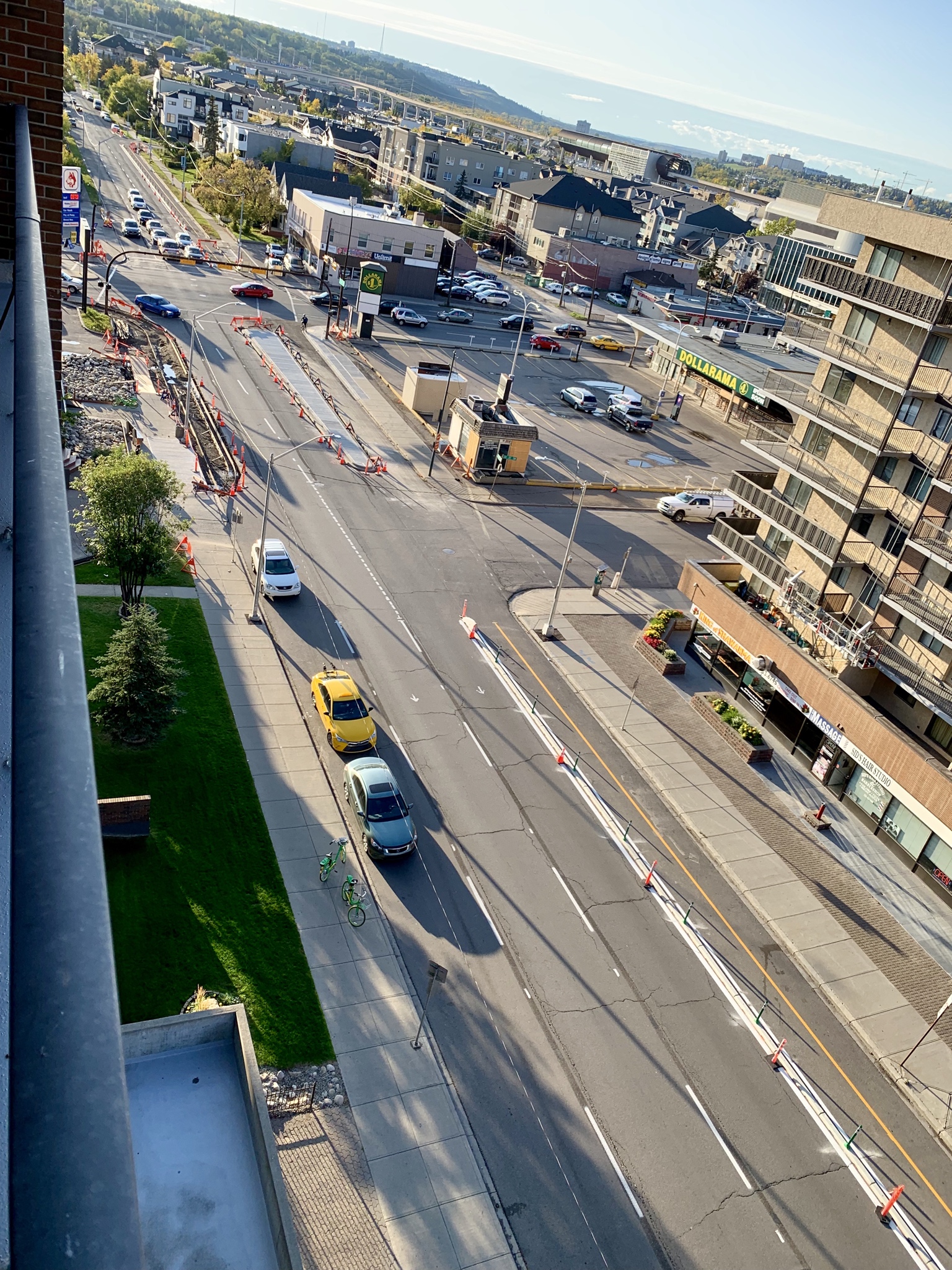 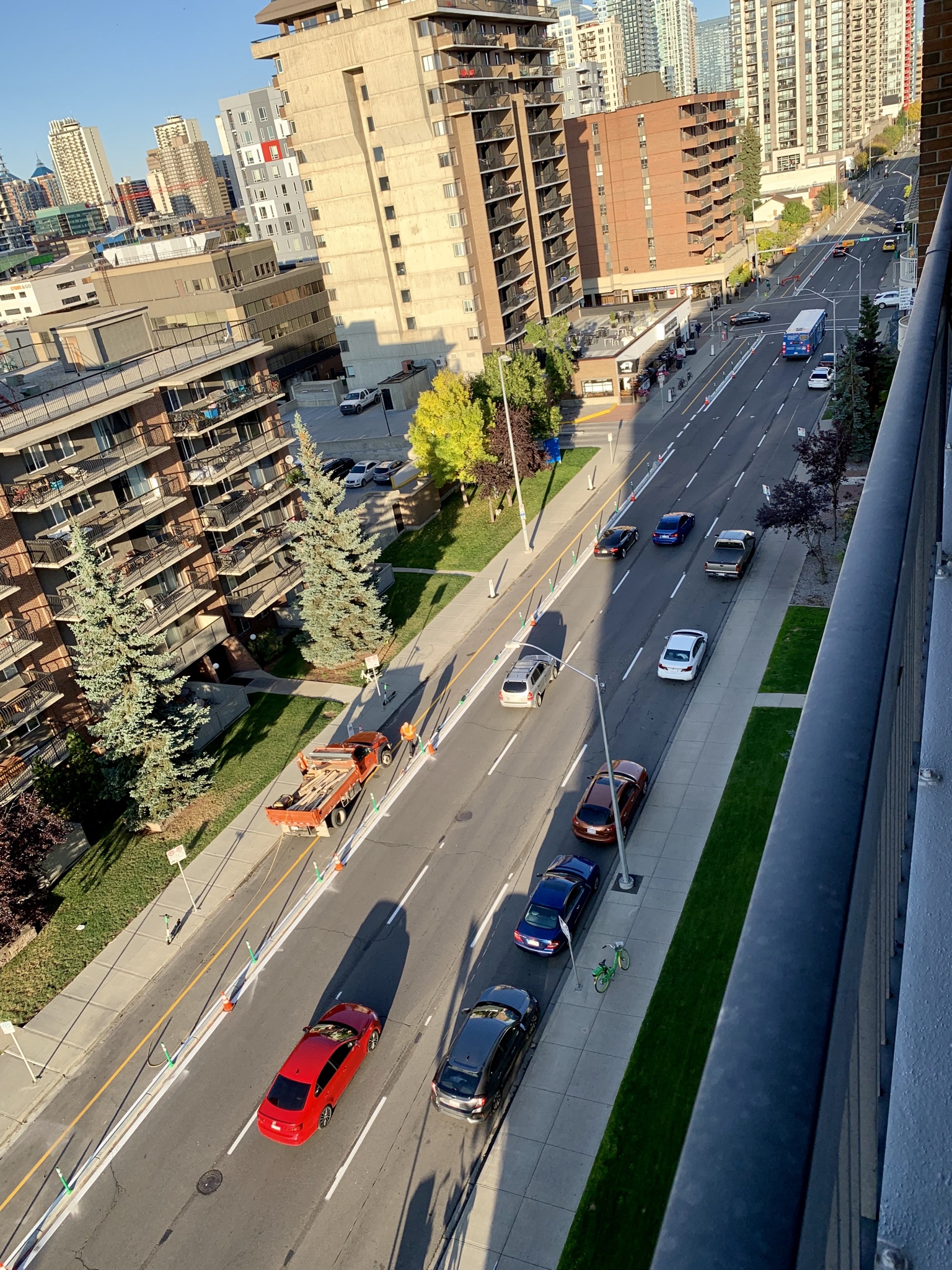 Always_Biking said:
The one I was talking about is the one on the Riverwalk, so you're probably right. It might have been busted..
Click to expand...

I went pas the counter on the weekend, and I would classify it as 'partially busted' It is counting, but not properly by looks of it. I went by 5th street counter yesterday and it was counting, the count at the time was 576, which seemed about right for a Sunday afternoon. 15 minutes later I pass the Riverwalk counter and it read 861, despite the path looking busier than I've ever seen it on a weekend. It was close to Canada Day busyness. I sat down and decided to watch the counter while counting cyclists myself.
My observations:
-It was missing counting of roughly 50% of the cyclists! I don't know if the counter is actually broken, or it's something with the way it's designed.
-It missed counts when groups of bikes or scooter went past it.
-There were also a couple of times when a lone cyclist went by at the same time as a group of pedestrians and it didn't increase the cyclist count.
-It went a few minutes without increasing the count at all, despite several pedestrians and cyclists passing it.

My feeling is it's probably a combination of being broken, and also a design flaw. I can see how the counter would have trouble when there is heavy traffic, but it also seems to be outright malfunctioning at times.

The Riverwalk counter was out of service for months waiting for a part apparently. Got up and running again a few weeks ago, and is definitely on the fritz again. One day in the early morning (0600) it had counted over 10,000 pedestrians.

Nimbus said:
The Riverwalk counter was out of service for months waiting for a part apparently. Got up and running again a few weeks ago, and is definitely on the fritz again. One day in the early morning (0600) it had counted over 10,000 pedestrians.
Click to expand...

On the weekend it had a count of 28,000 pedestrians for the day, around noon. I figured that must have been off lol.

Too bad the counters have been flaky for Riverwalk. I bet the traffic for both cycles and peds and have been increasing over the past 3 years. I've seen a noticeable increase but it would be nice to have solid numbers.

The City of Calgary -

The project will be delayed until spring due to our September snowfall.
- Free Speech is Hate Speech
- Diversity is Strength
- Logic is a Social construct

While reading about that one I stumbled across what looks like a recent update on 2nd St. Open house Oct 30 to go over final design but you can view it now

Col du Edworthy said:
While reading about that one I stumbled across what looks like a recent update on 2nd St. Open house Oct 30 to go over final design but you can view it now

That's really disappointing. They're scrapping the cycle track and are going with bike lanes. The city might-as-well just leave the road as it is. It's wide enough for bikes now.

I think the city should have bit the bullet, and converted 2nd street to a one-way northbound road, converted 5th street to a one way south bound road and put a segregated cycle track on each road.
- Free Speech is Hate Speech
- Diversity is Strength
- Logic is a Social construct
You must log in or register to post here.
Share:
Facebook Twitter Reddit Pinterest Tumblr WhatsApp Email Link