Mountain Man said:
The Land Use has been approved, they will still need a Development Permit (I'd say 6 months at least), then a Building Permit, then construction. I would guess spring 2021 at the earliest.
Click to expand...

Excellent points @darwink and just shows how complicated and nuanced this project / debate is.

@Mountain Man a concurrent DP has been submitted, and I believe is all ready to be approved, was just waiting on Council's 3rd reading:

MichaelS said:
Excellent points @darwink and just shows how complicated and nuanced this project / debate is.

@Mountain Man a concurrent DP has been submitted, and I believe is all ready to be approved, was just waiting on Council's 3rd reading:

@darwink @MichaelS Great discussion from all sides. The nuance and complexity of these types of projects are significant, which is why amendments happen and are regularly needed to arrive at a successful outcome, IMO. A lot of communities misunderstand the local area plan/land use bylaw to be the letter of the law--it is not. It is guiding policy based on a number of aspirational goals, and it is common practice to be subject to regular updates and changes.

Ultimately, I think communities and the built form can end up suffering when the conversation is misguidedly inflexible on changes. We would end up with a much better looking city if the redevelopment conversation/debate was rebalanced with a greater emphasis on design and quality.

Very happy this got approved and will hopefully get built.

MichaelS said:
I have a feeling (and it is just my feeling, don't want to speak on behalf of Beazley66 or other opponents) it is much more related to the broken process this community in particular has had to put up with for its community plan. The Inglewood ARP has been under review for years. Starting (I think) in 2017 with a plan to just update the Inglewood ARP, as part of Greenline planning:

https://engage.calgary.ca/greenline1/inglewood-arp
That link is quite old, and the 2017 draft plan is no longer a working link. But the "what we heard" report is, and you can see clearly in the community comments that height and density along 9th Avenue was definitely a concern.

A "final" draft was prepared in May 2018 that now included Ramsay, labelled as the "Historic East ARP" that showed this parcel with a target FAR of 3.0, and a height of 20m:

There was still opposition to this draft if I recall, mostly due to the height of projects like the Grid, over adjacent to the Blackfoot Truck Stop:

A highrise proposed for Inglewood: http://www.metronews.ca/news/calgary/2018/01/11/inglewood-pushes-back-against-20-storey-tower.html I actually think this is a pretty appropriate spot for that level of height/density in Inglewood. Granted there are those houses to the south and east that it...

I didn't follow the ARP process that closely, but the City hired a local planning firm (B&A Planning Group) to help with community engagement on the ARP, as the final draft from May 2018 was deferred. B&A's final report (including a very good timeline on the whole process) can be seen here:

Of note in that report is, tower sites and iconic gateway locations have been identified for several places (including RNDSQR parcel) in the draft plan. As mentioned, I have not been part of this project, and don't know the full history. But if I were to guess, this is not aligned with the wishes of the Community Association or the BIA, based upon their strong opposition to the RNDSQR block. I also note that the final ARP has not yet been approved by Council, so technically the governing statutory document is the older, 1993 Inglewood ARP that calls for a 20m height limit on 9th Avenue.

So, if you are a volunteer member of the community association, or even just a resident who has a strong interest in the community you live in, and you have been participating in the process for about 4 years now with the same consistent message that the heights on 9th Avenue should remain as 20m / 6 stories, but have constantly been ignored or given reasons as to why our input is not being followed, I can see why you have such a bad taste in your mouth. Any claims that increases in height/density are necessary to spur redevelopment seem to ring hollow, as 67 (edit, forgot about the YWCA) major buildings (some great, some less so) have been built on 9th Avenue in the last decade:
9th Avenue 2009: https://www.google.ca/maps/@51.0423...4!1sDApt_6A9dtzgNOCCpMXT9Q!2e0!7i13312!8i6656
9th Avenue 2019: 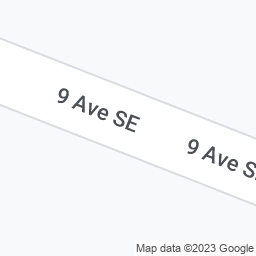 I can very much understand people who have the opinion and viewpoint that the planning department is only there to give developers whatever they want. This community seemed to be very active in the whole official process to set an ARP and community vision, but have now seen on two and a half (The Grid is counted as half) separate occasions (Hungerford at 8th Street, and now RNDSQR, with a 3rd (Mylonas) pending ) their wishes overrun.

So, all of that being said, my personal opinion is Council made the right decision with this one IF (big emphasis on the IF) the building turns out as nice as rendered. If a value engineered hulking mass gets put up in place, there may be a lot of regret. So pressure is on RNDSQR.....

Just some food for thought, does anyone remember the initial renderings of West Village Towers?....
View attachment 260508
Click to expand...

What I see in the ARP process is a community that imagines they have a lot more political power than they actually do. The development process doesn’t hinge on local community approval. This isn’t Portland.
D

I doubt there is a member of a community association in this city under the impression that they have even a modicum of political power in contrast to the development industry. MichaelS did a really good job summarizing the major issues in my opinion. If this was a one-off relaxation then council's decision to approve this would be far more palatable as RNDSQR, to their credit, brought a lot to the table. But unfortunately this debate goes a lot further than the merits of the RNDSQR proposal.
You must log in or register to post here.
Share:
Facebook Twitter Reddit Pinterest Tumblr WhatsApp Email Link