Disraeli said:
The city simply remains adverse to transferring even a portion of the space given to roads back to pedestrians unless it's low traffic areas. Unfortunately, low traffic areas for cars is often low traffic areas for pedestrians as well. The only time you see sidewalk widening is from the mandatory setback from development. If there is an older heritage building, the sidewalk remains narrow and cluttered creating an inconsistent patchwork of decent public realm for a block, then dead spots until there is another recent development. None of this encourages pedestrian movement around the core. The city needs to take the next step and really improve the heart of the issue rather than picking around at the edges. And you don't need to commission elaborate studies and redevelopment plans to figure this out:

Macleod trail @ 8th ave a key N-S intersection with Stephan ave with some beautiful architecture. Has about a 6’ wide sidewalk on both sides with a 50’ wide one way running down the middle. Hardly encouraging for pedestrians. And what a missed opportunity to encourage people to head over to enjoy the river or Chinatown. Same problem on 1st se.
5th st @ 10th ave SW again, some nice old heritage warehouses. Major connecting point into the centre of the CBD and Stephen Ave. The 5th street cycle track runs along it. Thousands of units have been built over the last decade. Yet, sidewalks remain narrow and cluttered to allow for wide lanes on a one way.
Click to expand...

I of course totally agree. If the assumption is that the pedestrian realm will be improved through physically adjacent redevelopment, while the vehicular realm is under no such conditional investment plan - you will never create a good public realm. Piecemeal, inconsistent, decades apart (and therefore each block in a wildly different state of decay and maintenance) and some sections missing forever is the best you'll ever do. Nipping at the edges will never get us there.

This is all quite ironic, because the whole idea behind linking investment to development is to be reflexive to neighbourhood change and more closely link who pays for upgrades to those that trigger the impacts. This is not a bad plan on paper, but is so literally applied (e.g. the sidewalk in front of the development) that it's completely divorced from actual neighbourhood need. As you accurately point out - a neighbourhood can add thousands of units but not see the key high-traffic sidewalks improved (your 5th Street SW example) where thousands walk daily, but receive pockets of nice sidewalks on quiet back streets when a new building goes up, used by less people (although often still needed as well). Meanwhile, road upgrades are less connected - except when a new development triggers a bizarre lay-by lane that cuts into the sidewalk....

For MacLeod Trail: another classic example. We can't seem to lock in mandatory sidewalk widths but we seem to be totally fine with random extra wide curb lanes at expense of the same sidewalk. Give up a metre of sidewalk so that ... a bus can pull over easier or something? It's not enough space to keep the through lane open, just enough to make walking unpleasant. Some archaic and hyper nuanced rule/design is being followed over the expense of a basic sidewalk width being maintained. Another example for the public realm thread. I also hate the little fence along the side of Macleod that Teatro is on. Hopefully with the simultaneous revamps of both Arts Commons and Glenbow Museum, the city will look at a strategy of making 1 St SE less awful.
IG: Caedda.Koskinen

I think the CBD will get better as more upgrades are made to the older building stock and more buildings are converted to residential. There are a ton of companies that were pushed out of the core by the big spending O&G companies, so I expect more of them to move back as their leases elsewhere expire. Landing a few major tech or finance companies would do wonders as well.

I definitely think we should widen the sidewalks and steal a lane from the big fast one-ways as well. Downtown should not be somewhere to get in and out of as quickly as possible, it should be a destination that keeps people around after work hours.

Late to the party on this thread, but my first thing is how is the Lougheed Building which is a dream of a loft conversion not changing it up when it’s 100% vacant. I mean look at it:

https://s3.amazonaws.com/buildout-production/datas/3857862/2572c5faa499ebaf4b8fc2e1adda0718b0a8fede/full.jpg?1573169600
Clearly all the large one way avenues kill the core. Convert them back and make them more liveable with tree line assignments.
The issue of tackling the +15s is an easy one for me. For retail and restaurant uses at the +15 level, do not renew the leases for those when renewal time comes up. Spaces in the +15 can be office, medical office, office supply and service etc. only. This would push retail and food uses to the ground floor and would spur the renovation of lobbies and main floors in the CBD. All of these food uses close with the office towers, so if they were located at grade they could be accessed from the street which would allow things to stay alive in the core for longer if they so choose to. I get it’s a chicken and the egg thing but if I can’t get food unless I go to 8 ave or leave the CBD to get food after 7 that’s ridiculous and only happens because they are located in food courts at the +15 level. Unfortunately that would be seen as “unfriendly to business” and it wouldn’t be pushed. The +15 system should be a walkway system not a long disjointed mall that closes at 6pm.

Calgcouver said:
Late to the party on this thread, but my first thing is how is the Lougheed Building which is a dream of a loft conversion not changing it up when it’s 100% vacant. I mean look at it:

I absolutely would not want the oldest theatre building in Calgary to be converted to private residences. It should continue to serve cultural functions.

Silence&Motion said:
I absolutely would not want the oldest theatre building in Calgary to be converted to private residences. It should continue to serve cultural functions.
Click to expand...

That is totally fair, I have never been in the building it is an operational theatre?
D

City released the 3rd party study on the Stephen Ave redesign: https://engage.calgary.ca/stephenavenue (download the pdf download halfway down the page)
Pretty extensive study that touches upon what has been discussed here with some further examples of public realm improvements.
Last edited: Oct 22, 2020

Disraeli said:
City released the 3rd party study on the Stephan Ave redesign: https://engage.calgary.ca/stephenavenue
Pretty extensive study that touches upon what has been discussed here with some further examples of public realm improvements.
Click to expand...

done, although i feel like i've done 100 of these "engage" surveys and have yet to see any work done on any of the projects. one day...

Calgcouver said:
That is totally fair, I have never been in the building it is an operational theatre?
Click to expand...

It is. The interior doesn’t look like it’s the original. I’ve never attended a show. I’ve only been to the restaurant that was at the bottom.

I was in there like 10 years ago after they renovated it and I thought it was a pretty nice space. You could have that theatre running with artist lots in the building above or something, not sure who would spend all th money required for that though.
D

Either way the theatre doesn't take up the whole space. Converting some of the office space to loft style apartments is a great idea and likely feasible

Why can't the theatre stay functional with residences on the floors above? Hahaha, I don't see how this could be an absolutist scenario. It's a 6 storey building with the theatre split between the basement and first floor (which is already almost entirely street level retail). It would be wayyyy better for Lougheed to be converted to residential. It having an operational theatre and a dozen retail spaces would be a huge draw for yuppies.

Based on age, floor plates, and proximity to high level amenities, these are all significant buildings that would be quite desirable for both building-converting developers and high renter demand. 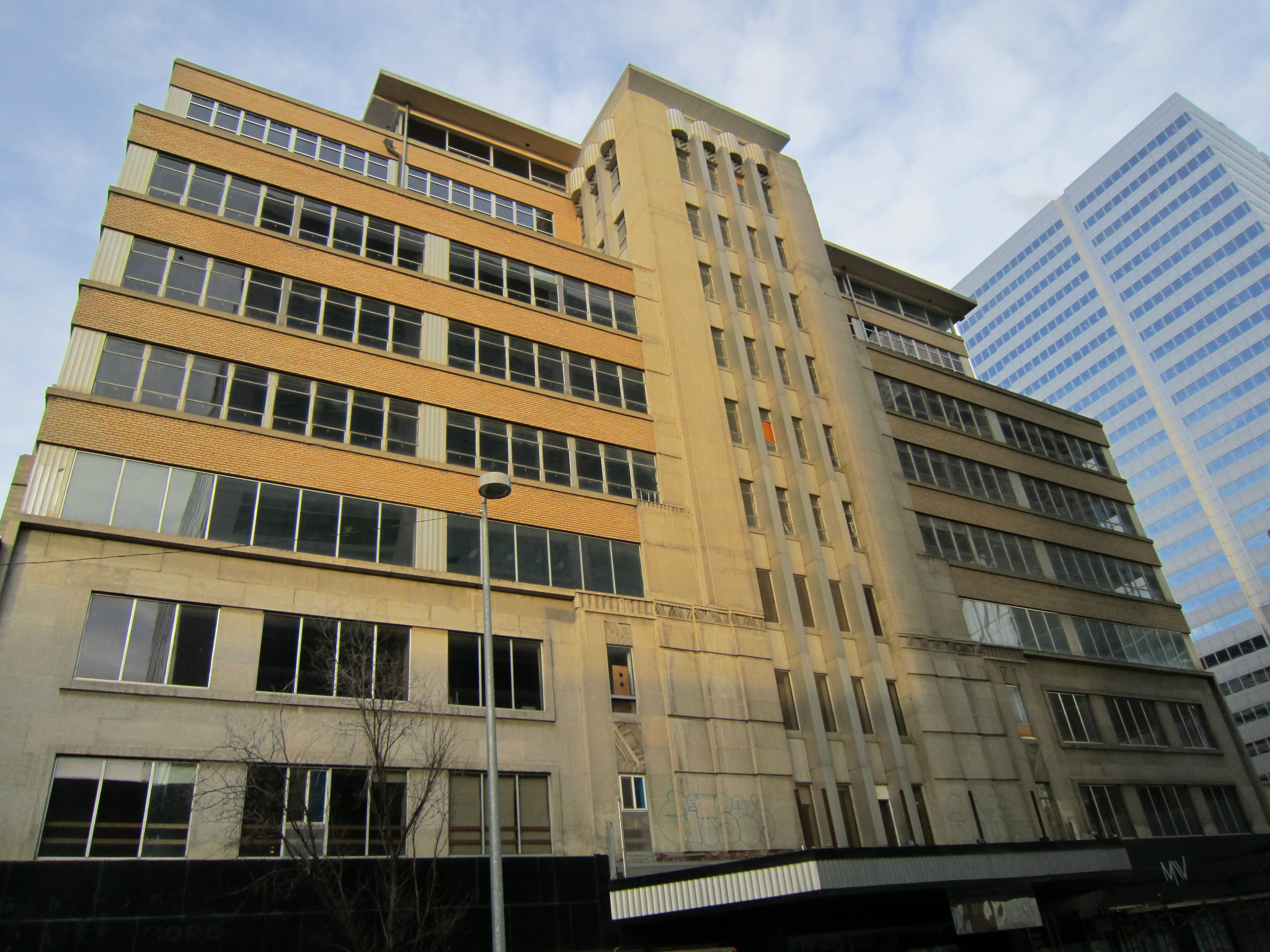 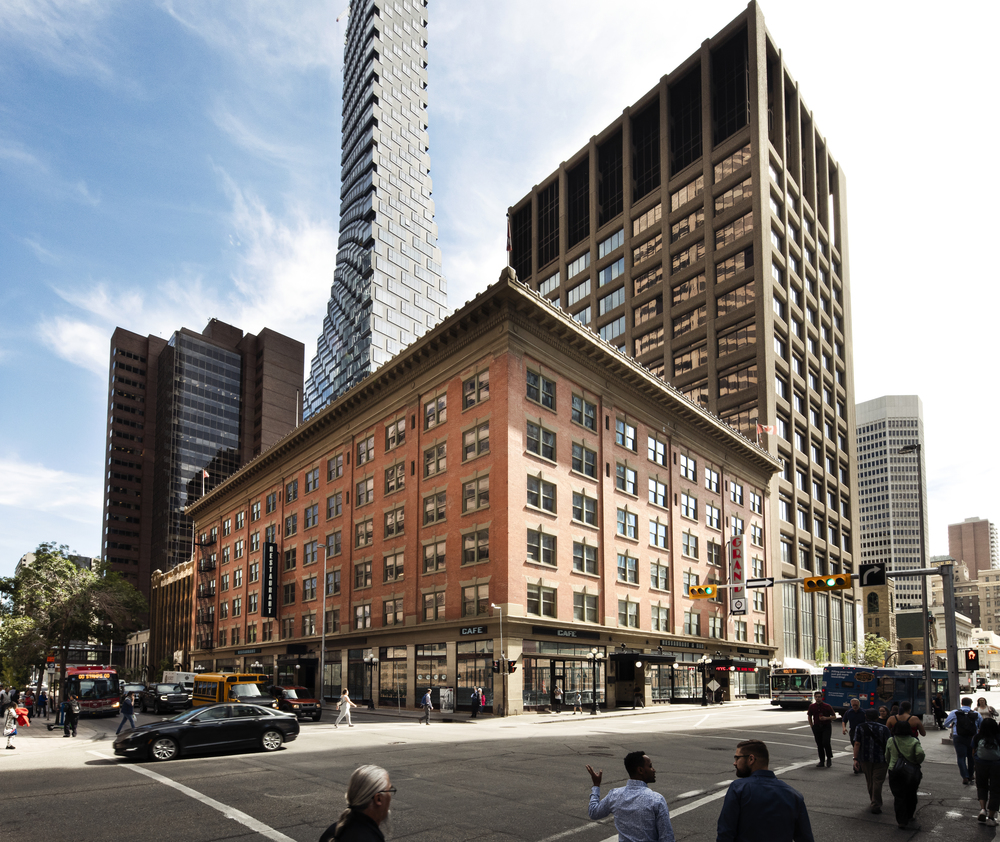 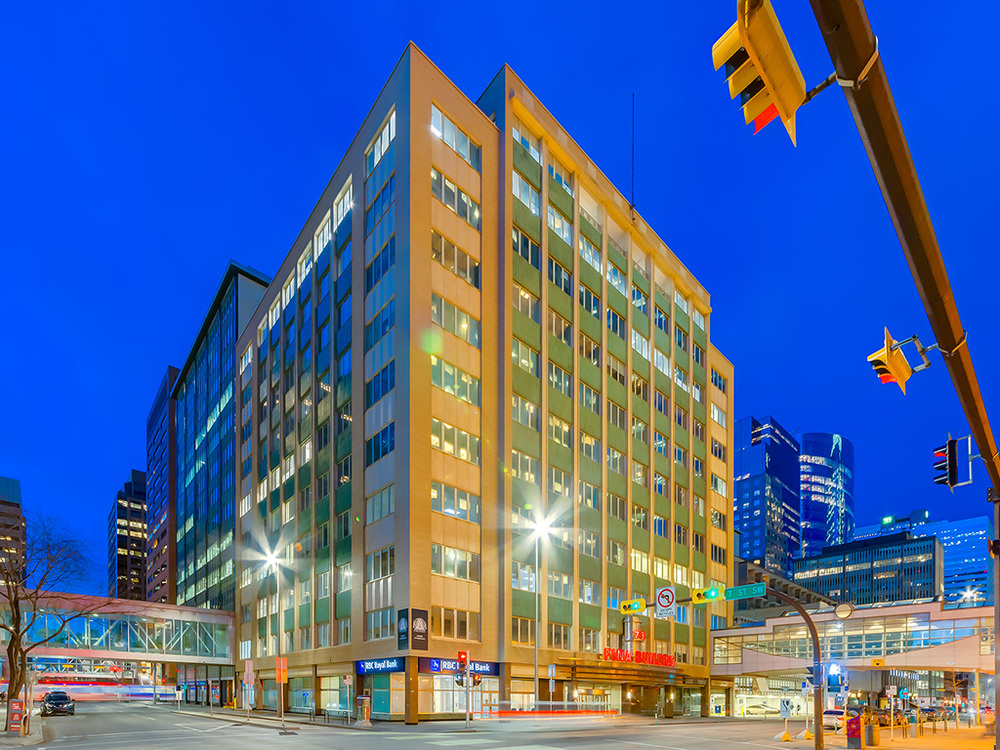 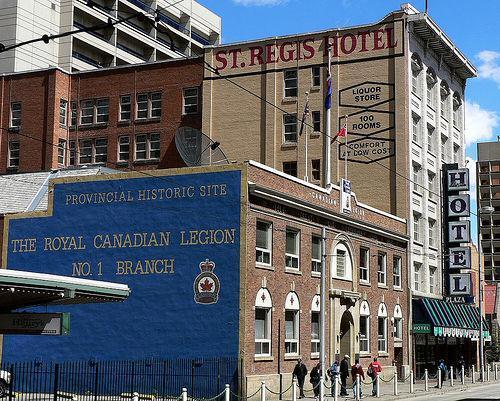 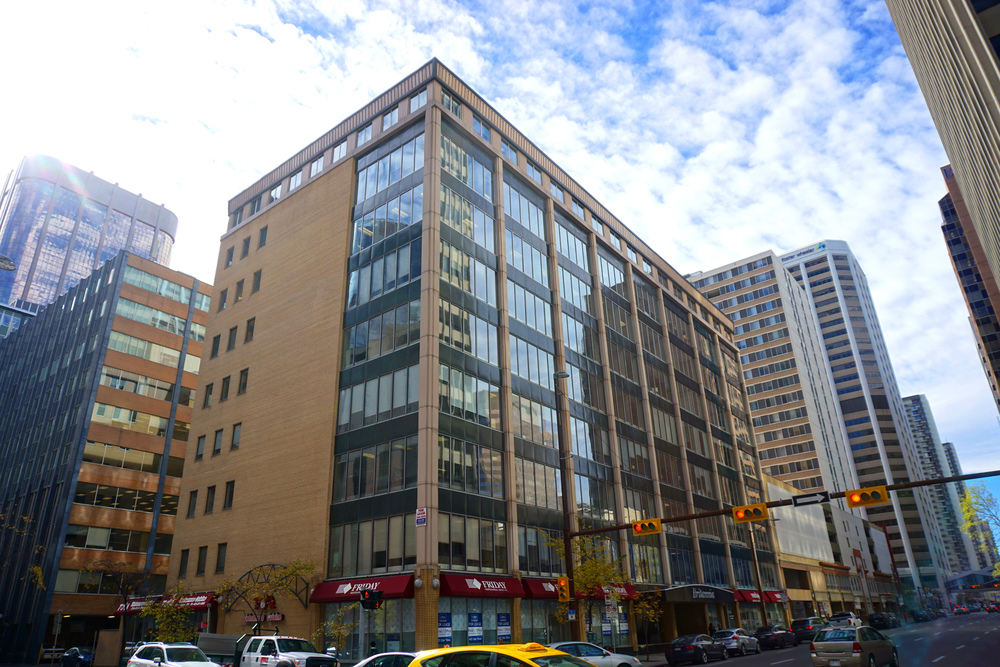 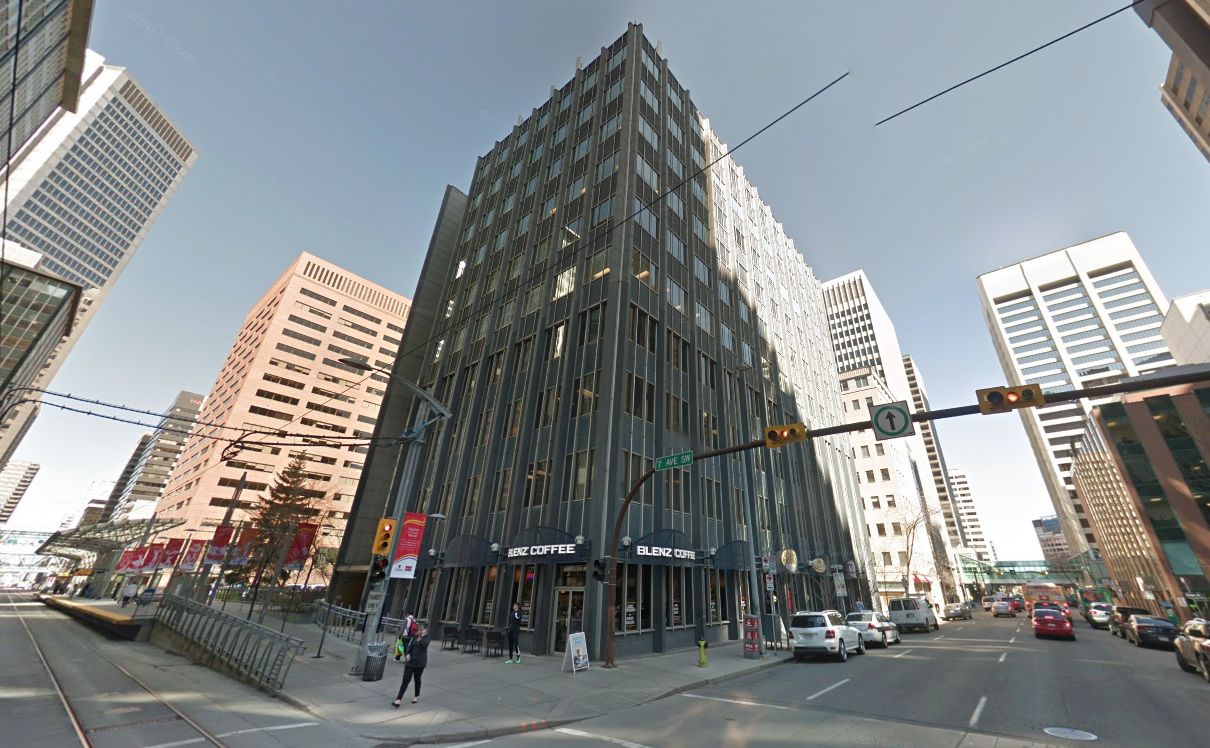 Some highlights of Gehl's report: I don't always agree with Druh, but she is dead on with this tweet.