Me too, I would sign in a heartbeat. This is game changing project for Inglewood, and would add to the character of the street and the Inglewood experience. NIMBYers are just afraid of change, always have been. There needs to be public support shown for this project.

Same here. There's no need for a "small town Main Street" inside of an inner city neighbourhood. If they want a Main Street the badly they can drive out to Cochrane and enjoy theirs. Cities grow, developments come, deal with it.

Mountain Man said:
Can we start a counter petition? I have no interest in preserving a "Small town main street" feel in an inner city neighbourhood lol.
Click to expand...

I posted this before, but when the neighbourhood stops being cool in the coming decades they better hope they get some additional local population to keep the lights on their Main Street. Doesn't have to be tall buildings, but it does have to be *a lot* more people. From censusmapper, below is a map of population density. Grey = zero population. Population and density are a better predictor for successful main streets over time than the will power of individuals or a group. Individual businesses come and go, advocates change, enthusiasm fades, what's cool and popular shifts to something/somewhere else. Might take a few years, or a generation, but it will always happen. If you actually cared about "saving" the neighbourhood, adding more people and activity when a place is popular is about the most responsible thing you can do and might even buy you actual longevity in your community's economic health.

The Inglewood tower critics reminds me of another a "small town" main street in Leslieville, Toronto along Queen Street. Leslieville was once a standalone small town with it's own main streets, swallowed by Toronto. over the last century. Also anti-tower. The difference is that Leslieville has a population of 23,500 not 6,100 like Inglewood-Ramsay. It's density is 82 people / hectare, 5 times denser than Inglewood's 16 people per hectare (regular caveats around open space and density comparisons acknowledged here). What's prevent Inglewood's guaranteed survival isn't the potential impact of larger buildings, it's the very real and present issue of having no where near enough people to support it's retail base if times change (as they tend to).

Compared to Inglewood's population density map at the same scale, here's Leslieville. It's not hard to see which main street is more likely to survive indefinitely once all the activists in each community fade away. Leslieville has the same height restrictions as Inglewood (20 meters). I for one think 20 meters is a good height for Inglewood and allows for large mid-rise projects like Southbank and Avli while maintaining a pedestrian scaled neighbourhood.

Disraeli said:
Leslieville has the same height restrictions as Inglewood (20 meters). I for one think 20 meters is a good height for Inglewood and allows for large mid-rise projects like Southbank and Avli while maintaining a pedestrian scaled neighbourhood.
Click to expand...

Totally its a great urban form. I am just arguing that Leslieville's sustainability is caused by it's robust population and density rather than a lack of towers. That towers are not the bogeymen that Inglewood makes out. Sure they can be bad - they don't have to be though. The real problem is something far deadlier than a tower.

If I could exhaust the metaphor in the plot of a 1990s-era Scream movie, while Inglewood peeks through the curtain and locks the door from the spooky tower outside, all this time in the house with a knife sneaking up right behind them is insufficient local population and activity to achieve economic sustainability. It's a twist that the victim never sees coming but the audience calls out from the beginning because it was obvious.
D

Inglewood has supported itself just fine though. We can lampoon the ICA all we want but they take a lot of pride in the neighborhood and in supporting local business. That, and the relatively cheap rents, is what sustains Inglewood’s business by and large. That's not to say population growth isn't a good thing for Inglewood, but I don't think caving in to a developer every time they want a density boost is the way to do it. It defeats the purpose of neighborhood guidelines and is tone deaf to larger concerns that come with developer friendly zoning in neighborhoods like Inglewood.

Inglewood community's official page that goes into more detail on why they're petitioning. This is unbelievable...

also, the comments on this petition are horrid. I don't think half of these people even looked into the development to see what they were petitioning against.
https://www.change.org/p/stop-the-d...e-main-street/c?source_location=petition_show
Last edited: Jul 14, 2020
T

I think 12 stories might be a little high for this one. Can’t they meet in the middle and settle on 8-9 and be done with it? 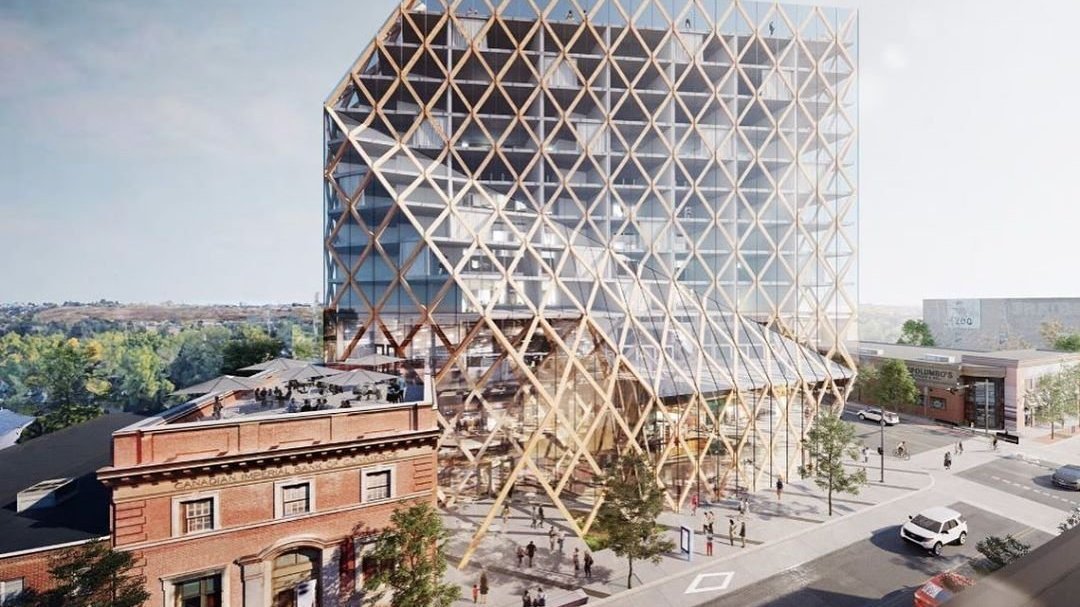 chng.it
Well I whipped up a little counter petition ha.

Good luck with the traction on that one. You may want to rephrase the “Stop the Stop the destruction of Calgary’s Main Street” from a marketing perspective.

Wow, those petition comments are a fun read.

haltcatchfire said:
Wow, those petition comments are a fun read.

Yes. The number of times that people commented the word 'heritage or history' that is being replaced by these developments is hilarious. Nothing on the sites proposed is worth keeping ... none of them are heritage buildings and there is a fair bit of empty parking space that is just wasted, and does nothing for ambiance of Inglewood. Perhaps in the counter petition, it would be worth having pictures of what those sites currently look like so people realize how ridiculous those heritage & history comments are.

Ok. I would tend to agree, but requalify, the above critique of constituent commentary as "misguided", and that is not necessarily their fault. I was hoping that some of the commentary here would maybe be more constructive criticism. I'm getting a little pissed about members being disparaging towards a community that is not necessarily development adverse at all. I would point to MODA's Hive project, which I think KICKS **s, and is more scale appropriate. There's not much opposition there at all. We just need to keep in mind that the general public is maybe just not as informed as any of us profess to be regarding this subject. There is nothing hilarious about that.

Personally I'm in favor of this project, and yet still think it's too tall. While these larger developments bring their own energy, there's no doubt that their girth removes some of the charm from Inglewood, which I think is a legitimate complaint to have. The large canyon effect that's been created on 9th ave between 9th-11th Streets, has nowhere near the human-scale charm that you get between 11th and 14th.